We first met Nu in 2014 when he was studying mechanics at Sangkha technical school. Nu also had two older sisters both studying at university. Even with a scholarship from Fund Isaan his parents could not afford a third child going to university. Nu had to stop school until his sisters graduated. This could not stop Nu from accomplishing his dream. After a one year break he started at Rajamangla university studying for a bachelor degree in mechanics in 2017. Late 2020 he graduated with a bachelor degree in Mechanics Engineering from the same university.

Because of the pandemic it took a while for Nu to find a permanent job in line with his education, but eventually he succeeded.

Nu is now working as a sales assistant at Realtech Technology Company in Pratuhumthani. Realtech is specialized in the import and distribution of measuring tools.

Nu is extremely grateful for the support he received from his sponsors Mrs. and Mr. Raicher over the past 7 years!

Nu could not come this far without you! 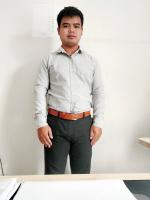 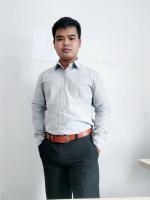