Fund Isaan granted Fern a scholarship in 2011. Fern had just graduated from Buached Witthaya School with an extreme high score of 99%. Fern came from a poor background. Her father was a rice farmer and her mother helped him on the farm. They also grew rubber trees to make some extra money. Fern had a younger sister who was studying in the same high school. To make extra money and seen her interest in IT, Fern taught computer skills to small children in her village.

Fern wanted to become an IT teacher, so later that year she started her first year of computer science at Surindra Rajabhat University in Surin.

Fern finished her first school year with an astonishing score of 94%. During the summer break in 2013, Fern worked at a seven eleven store in Samut Prakarn to help pay for her tuition fee. Fern always worked on her summer breaks. Even when she was in her third year of university, she still gave computer lessons to children, worked part-time at a photocopy shop in Surin and made websites!

Fern’s parents divorced in the year 2014, Fern had to choose to stay with her father and stepmother because her own mother could not afford her study. Fern said that was the hardest decision she ever had to take.

In 2016 Fern did her internship at Buached Witthaya, the same secondary school she attended before. She loved teaching. A few months after the internship, Fern successfully graduated with a Bachelor of Education from Surindra Rajabhat University.

After her graduation, Fern got offered a job at Buached Witthaya School as a temporary teacher. Fern taught with all her heart whilst preparing for her own test to become a permanent teacher. With all her hard works and dedication, eventually in October 2016, Fern’s dream came true. She passed the test and became an official government teacher at Buached Witthaya School!

We could not be happier for her. She has always been a good student, and we are certain that she will definitely be a great teacher! Finally, Fern would like to give her special thanks to Fund Isaan and to Mr. Thomas Haerynck, her sponsor, who had given her this opportunity. There are no words for her to describe how grateful she is and she is happy to share her story hoping to inspire others. 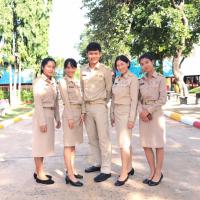 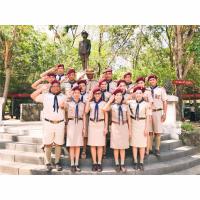