Fund Isaan granted Pauw a scholarship in 2008. He was 13 years old and studying in his first year of high school at Ban Thanong School. He was ranked number four of his class.

Pauw dreamed of becoming a teacher later. He wanted to continue his study after high school, but his family could not afford it. Pauw’s father was a farmer, his mother was a housewife and helped her husband on their small rice farm.

Pauw had one older brother and sister. His brother was 26 years old and worked as a construction worker in Bangkok. His sister was 20 years old and she worked in a shop in a nearby village, while studying Accounting.

In 2009, Pauw’s father was diagnosed with Parkinson, his health rapidly deteriorated. Soon he could not work anymore. His mother had to work on the rice farm alone. Things became very difficult for Pauw and his family.

Thanks to his Fund Isaan scholarship Pauw could continue his education. In 2011, after high school, Pauw studied another three years at Surin Technical College. Pauw studied Civil Engineering. Pauw was happy and motivated.

Pauw rented a room in Surin because his college was far away from home. He finished his first semester with an impressive grade of 78%.

In 2012, Pauw’s father got admitted to the hospital.

Pauw graduated with a high certificate from Surin Technical College in 2013.

Pauw is now working at a shop selling construction materials close to his home. Because of his education

Pauw has become an almost irreplaceable very important resource at the company. He knows all the technicalities of the products they sell and can advise customers accordingly. He is highly appreciated by the customers, colleagues and management.

Pauw loves his job; he would like to thank his Fund Isaan sponsor, Mr. Auyporn Tanlamai, for all his support. 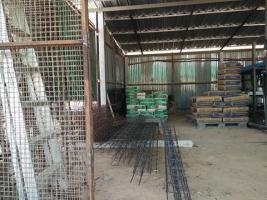 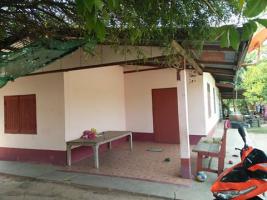