Tiang was granted a scholarship in 2012, when he was 19 years old and studied in his first year Electrics at Surindra Rajabhat University. Tiang wanted to obtain a bachelor degree in Electronics Engineering and become an Electric Engineer in the future.

Tiang lived with his family of three in a small village called Cheu Pleung, in the Surin province.

Tiang’s parents were divorced and he lived with his mother and one older brother. His mother worked as a cleaning lady in a school. His brother was studying Law at Surindra Rajabhat University and making some extra money by working as a road constructor in the weekend.

The family owned a small rice field, but as we all know, because of the climate and lack of water it is very difficult for most Thai farmers in Surin to make a profit from growing rice.

Tiang was a good student and a great person. Regretfully, his mother got diagnosed with cancer and needed urgent treatment. Tiang did not hesitate for a moment, to support his mothers’ treatment, he stopped school and moved to Bangkok in search of a job.

Tiang told us that as soon as possible he would pick up his studies again and that is exactly what he did. After a successful treatment, his mother got better and in 2014. Tiang picked up his Electronics studies at Surin Technical College.

In 2015, Tiang performed his internship at an electrical company’s service center. He was involved in the repair of washing machine, television, air-conditioning unit, videos, audio installations and etc.

Tiang graduated with a high certificate in Electronics at Surin Technical College in 2016. After graduation, he started working as a mechanic at an electricity shop close to his hometown. His brother also graduated and started working as well. With two additional fee earners, Tiang’s family is doing very well.

Tiang is now working as a production officer at a very famous factory called Mektec Manufacturing Corporation (Thailand) Ltd., located in Ayutthaya province. His factory produces Flipchips for the electronics industry with trusted customers worldwide. Tiang is expecting a promotion as an engineer in the very near future.

Finally, Tiang and his family would like to thank his Fund Isaan sponsor, the family Decoene, for their support over the last few years. Without the scholarship, none of this would have been possible. 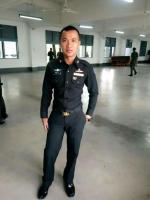 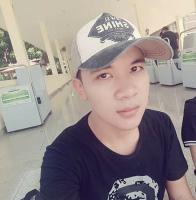