It was in 2012 when Fund Isaan granted Mint a scholarship. Mint was studying in her final year at Saikeaw Witthaya School, a high school located in Sangkha district in the Surin province. Her final grade was 86%.

After high school, Mint aimed to continue her studies to obtain a Bachelor’s degree at the university in Surin, unfortunately, due to her difficulties at home, her family could not afford it.

Mint lived with a family of five. Her parents were both farmers. They worked on their rice fields but never could make any profit. They normally made about 20,000 THB every year, which was not even enough to provide for the basic needs of the entire family. Mint had one younger sister who was studying in her third year of high school and another younger brother who was studying in his sixth year of primary school.

With a scholarship from Fund Isaan, Mint continued her studies in 2013 at Surindra Rajabhat University. She studied English Communication because she wanted to become a flight attendant or a hotel receptionist. Mint dreamed to be able to talk with people from all over the world with a variety of cultures and backgrounds.

Mint was extremely excited and impressed by all the teachers and her new friends at the university. Her favorite subject was English grammar. She didn't like studying Korean at first, because it was way too difficult for her to follow the Korean native teacher at the university. She finally learned better when she got used to the Korean alphabet.

While studying, Mint lived in the dormitory of the university with her friends. She travelled to school by a motorcycle. Mint finished her first semester with a grade of 80%.

Mint was very active at the university she participated in almost all of the activities organized by her faculty, such as the International Folklore Festival, the Christmas Day event, the English Camp, etc. At the festival, she did a presentation about the history of Belgium, which she prepared with the help of one of her teachers (Fund Isaan’s former teaching volunteer) Sally Scheers.

During her second and third year in 2015-2016, Min was part of the liaison team for SIFF (Surindra International Folklore Festival). She had the opportunity to work with international visitors and performers. Her English communication skills improved tremendously because of this.

In 2016, Mint performed her long term internship at a hotel in Hua Hin, Prachuap Khiri Khan Province, in the northern part of the Malay Peninsula in Thailand.

Mint successfully graduated in late April 2017 with a Bachelor of Arts, program in English Communication at Surindra Rajabhat University. She is currently working as a secretary at a private company with international customers in Bangkok and making well above the average salary. Mint makes a lot of new friends and her job fits well with her education and experience. Even though, she is enjoying her work in the big city, she visits home regularly and financially supports her family.

Lastly, Mint would like to thank Fund Isaan and her sponsor, the family Rutten, for the generous support over the past years. 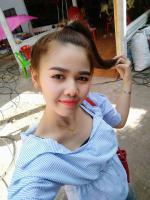 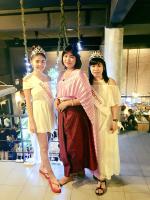 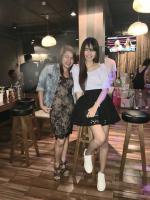 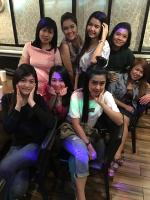