Fund Isaan granted Karn a scholarship in 2014, when he was 18 years old and had just finished his high school at Prasat Industrial and Community Education College where he was studying Auto Mechanics. Karn graduated with a grade of 86%.

He and his family of seven people lived in a small house in Baan Non Khor Thong in Surin province. His parents were both farmers. Karn had four siblings. His older sister stopped school after the third year of high school and was working in another province as a factory worker. His two younger brothers were both studying Mechanics at the same college. Karn had one younger sister who got married at a very young age and had a baby. She divorced her husband and was unemployed, so Karn’s parents took care of her and her baby too.

His family made about 40,000 THB per year or approximately 3,000 THB per month from harvesting rice. His parents also worked during the winter time as construction workers to make some extra money. They earned around 300 THB per person, per day. That was obviously not enough for seven people.

Karn helped his parents work as much as he could but still one day he was asked to stop school, because his parents could not afford his higher education. Karn wanted to continue studying Auto Mechanics and obtain a high certificate because he believed that a better education would bring better opportunities. Thanks to his Fund Isaan scholarship, Karn was able to continue his studies to obtain his high certificate in Auto mechanic.

Karn studied very hard, he loved all subjects related to cars and mechanics. He enjoyed his studies very much and learned how to repair cars and engines.

He hoped to start his own business, repairing cars, motorcycles and other engines. Karn wanted to make enough money to send his younger brother to university.

During his final year in 2016, Karn performed his internship at Jakkapon Transport Garage, the biggest private garage in Samut Prakan that sells and repairs trucks and tractors in Thailand.

Karn obtained his high certificate in Auto mechanic at Prasat Industrial and Community Education College with an impressive grade of 92%.

Fund Isaan recently visited Karn again at his house in Baan Non Khor Thong village. The small family house has been completely renovated. His family was very happy to hear from us again. Their lives have improved a lot since Karn’s scholarship and his current job.

Karn is working as a technician at Jakkapon Transport Garage, where he performed his internship. He receives a salary above the average, and is very happy with it because he gets to repair trucks and tractors as he always dreamed of.

Karn said his scholarship meant a lot to him and his family. He would never have had the chance to continue his studies without it. He would like to thank Fund Isaan and his sponsor, 3AMB, for helping him achieve his dreams. 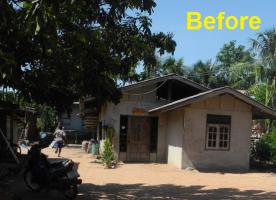 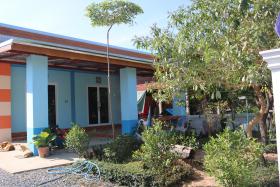