Ning’s parents divorced a long time ago, meanwhile her mother had died. Ning had no memories of her mother. Her father worked in a grocery shop in Lopburi province. He rarely visited Ning nor did he support her in any way. Ning mostly lived with her 82 years old grandmother in Baan Tamor in the Surin province.

Ning wanted to continue her studies but, she and her grandmother were living from her grandmother’s pension, 500 THB/month (12.5 Euro). They could not afford her higher education. Her grandmother was also very sick and needed to go to the hospital every month.

When Fund Isaan granted Ning a scholarship, it meant a lot to her and her grandmother. It meant that she could finish her high school and continue her higher education. Ning dreamed of become a hotel receptionist in the future.

During the summer breaks Ning used to travel to Lopburi province to work with her father in the grocery shop.

In 2014, Ning finished the third year of high school with a grade of 89% and continued her vocational studies at Surin Vocational College. Ning studied Food Science and Nutrition and because she didn’t own a motorcycle, she had to stay in a dormitory close to her college.

Ning enjoyed her studies very much. During lunch breaks Ning sold various types of food products to make some extra money. Ning went home every weekend to take care of her grandmother.

Ning successfully graduated with a degree in Food Science and Nutrition at Surin Vocational College in April 2017.

Ning started working as a sous chef in the food section in Santafe Steak & Restaurant in Bang Pli, Samut Prakan province. Recently Ning’s grandmother was diagnosed with a terminal cancer.

Finally, Ning would like to take this opportunity to thank Fund Isaan and her sponsor, the family Decoene for their support in the past years. She is determined to be a good employee and take care of her grandmother for as long as possible. 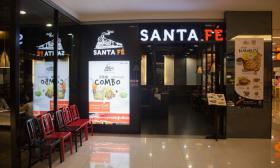 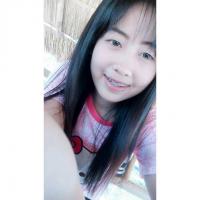