In 2012, Fund Isaan granted Prapan a scholarship when he was 18 years old. He was studying Auto Mechanics at Prasat Industrial and Community Education College, and finished his semester with a grade of 3.69 (92%).

Prapan’s parents were living in Phimai district, Nakhon Ratchasima province; they did odds jobs for a couple of thousand THB per month. This was not enough to take care of the entire family. Prapan had a younger sister who was studying in high school. His parents could not support his education; they sent him to stay with his uncle in Surin province.

Prapan lived with his uncle who was working in a sugarcane factory in Surin. Together they repaired trucks for some extra money. Prapan’s biggest dream was to be able to take care of his family who had always been very supportive of him.

In principle Prapan had to stop school after high school but with the scholarship, Prapan could continue his study to obtain a high certificate at the same college. He really wanted to finish his education; he focused on his studies. He believed that in order to get a good job and to help him reach his career goals, he needed a good education. A laptop he received from Fund Isaan helped him a lot with his homework and research.

In 2013, Prapan performed his internship at Jakrapon Transport in Samutsakon province. He loved his job very much because he got to work on big trucks and trailers. He improved a lot during his internship.

In March 2014, Prapan successfully graduated with a high certificate in Auto mechanics and an impressive grade of 3.50 (88%).

He is currently working in his home town, as a vehicle inspection controller at Phimai Vehicle inspection office, in Nakhon Ratchasima province. Prapan also installs GPS’s and repairs trucks in his free time to collect some extra money. He is very happy with his current job because it is close to his parents’ house. He still lives home and takes care of his family as he had promised years ago.

Prapan is still single. He said he is saving up some money to open his own garage in the future.

He would like to thank 3AMB, his sponsor, for the incredible contribution. He and his family are doing well now because of opportunity giving to him through the scholarship. He will never give up on his career or his family. 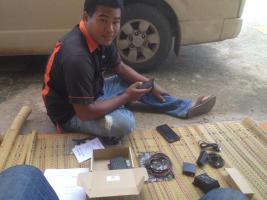 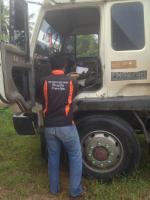 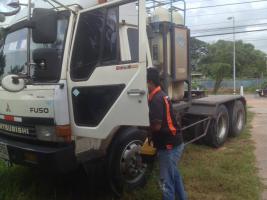