In 2011, Fund Isaan granted An a scholarship when she was in her third year of high school at Cheupleung Witthaya School.

An lived with her grandmother and three cousins in Non Soong district, in Prasat, Surin province. An had no brothers or sisters. Her parents divorced when she was eight years old. An’s mother left and lost contact with her family. An’s father worked as a day laborer in Bangkok and sent home about 3,000 THB every month.

An always obtained high grades at school. She studied hard and would like to become a nurse in the future. However, later in 2011, her grandmother passed away with several diseases. An moved to stay with her aunt in Bangkok and continued her study at Wat Puttha Bucha School. During the school week, she stayed at the dormitory and with her aunt during the weekends. Her aunt worked in a factory in Bangkok.

An graduated from high school in 2012. She continued her study at Durakit Bandit University in Bangkok. She studied Marketing because she would like to work in a Marketing business. At university, An made a lot of new friends and seemed to be very happy with her life. Unfortunately, in 2014 she stopped her study and got married in 2015.

Even though she did not graduate, she lives happily in her own house in Samut Prakan province with her family. An has a baby son now and taking an evening class in general management, she is still pursuing a diploma to get a better job in the future.

An’s husband is running a small bakery shop in the same province. His small business is going quite well. An is still in contact with her aunt and cousins in Surin.

Lastly, An would like to apologize for letting many people down, especially her sponsor, Marc Bafort, who had supported her in the past. However, she never forgot to know someone far away cared about her. She still believes in the importance of a good education, that is why she is continuing her study via evening classes. She promised to be a good mother, a good citizen and bring up her son well. 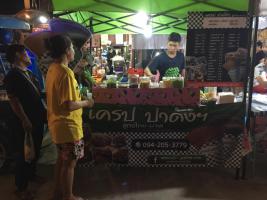 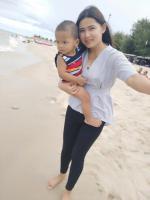 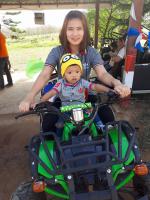 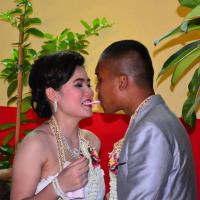