Nattapong was in his first year at Sangkha Industrial and Community Education College, specialized in Electrical Power when he received a scholarship from Fund Isaan, thanks to the help of our sponsor 3AMB, a fund managed by the King Baoudouin Foundation.

Nattapong’s father worked as a car technician, his mother was a housewife. He had two brothers, one older and one younger. His older brother was studying Auto Mechanics at the same college. His younger brother was still in kindergarten. Nattapong was very interested in power and control systems. He found it intriguing to learn about the various devices and how they worked together to provide power to his village. Nattapong also liked athletics and never drank alcohol.

Nattapong was very self-confident, he was very focused and determined to obtain his high certificate in this area. He dreamed of having a good job with a stable income. “One day, I will work in an electricity company. I will help my hometown.”  He told us.

In his free time, Nattapong helped his uncle in his shop, welding and making car parts including producing motorcycle seats. After school he played football with his friends.

In 2013 Nattapong performed his internship at Lertchai Karn Chang for six months. He earned a lot of experiences from being an intern. It gave him a strong sense of responsibility. He learned how to behave himself and socialize with people in a real working environment.

In his last term before graduation he was assigned to work with Programmable Logi Controllers (PLC’s) from Siemens and joined a competition about that subject in Surin province. He competed with Technical students from all over Surin. Nattapong used the Fund Isaan laptop to prepare for his competition and his research.

In 2014, Nattapong successfully graduated with a grade of 90%. Siemens immediately offered him a job as an electrician, repairing and maintaining the electrical systems of the prestigious BTS Skytrain in Bangkok. Nattapong has been working there for three years now. He loves his job very much. He is also attending a weekend class in Electrical Engineering at Pathumwan Institute of Technology. He still aims for a Bachelor’s Degree in order to increase his job opportunities with Siemens.

Nattapong is still single. His family is doing great. He comes home to visit only a few times per year because of his work schedule and his study. Everyone is proud of him. He supports his family and pays for his younger brother’s education.

Nattapong is very grateful for the great opportunity he received from Fund Isaan and 3AMB. It helped him a lot during college. He could not imagine his life without this support. Nattapong and his family will never forget about this and they will be good for their country and their community. 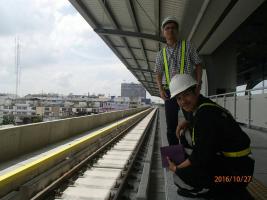 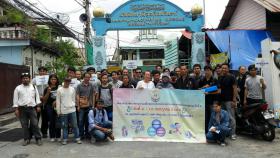 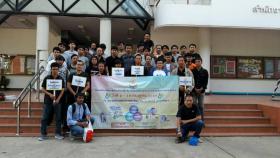 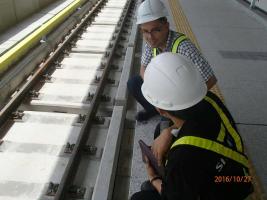