Kwan has always been a top ranked student at Cheupleung Witthaya School. Kwan, her brother and sister and her grandparents and parents all lived together on the small farm her parents managed. They made just enough to get around but in her last year of high school, both of her grandparents became very sick and needed to be hospitalized. This placed the family under tremendous pressure. They could not afford the treatment costs. Kwan was asked to give up her study and look for a job. Fortunately her teacher at Cheupleung Witthaya School knew Fund Isaan and reached out to us. This was in 2011.  We immediately agreed and granted Kwan a scholarship. Kwan enrolled at Boromarajonani Nursing College in Surin.

Kwan focused on her studies and successfully graduated in the year 2014. She started her nursing career at Sikhoraphum (Public) Hospital in the same year and has been working there since.

As a registered nurse (ER) in the Emergency Department, Kwan provides emergency medical support to patients. She is also assigned to plan, manage and organize the cooperation between the doctors and the administrative staff in her department. Recently Kwan worked besides H.R.H. Princess Maha Chakri Sirindhorn during one of her visits in Surin province.  Kwans base salary is approx. 25,000 but due to overtime and bonuses she makes about 30,000 Baht per month. She recently bought a car which she uses for herself and her family.

Kwan lost her father from diabetes and renal failure two years ago, and earlier this year, she also lost her grandfather from a stroke. After the funeral, she started building a house for her mother and grandmother, so they can live comfortable for the rest of their lives.

Kwan is single and has no plans for a relationship. She wants to focus on her career and take good care of her family. Kwan told us that without her scholarship she would never have come this far. She is more than happy to share her story with us. Obviously we are extremely happy to see how well Kwan is doing. We wish her all the best for the future. 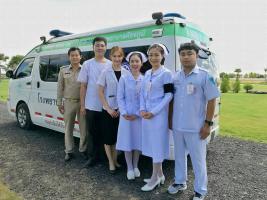 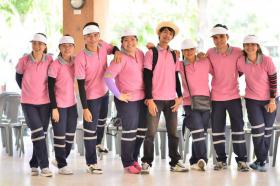 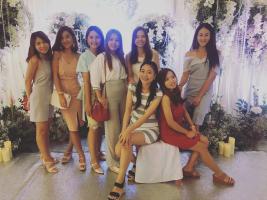 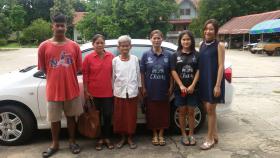