Fund Isaan granted Pop a scholarship in 2011 when he was studying in his third year of high school at Tabao School.

His parents divorced, Pop didn’t know his father and mother. He and his one year older sister was left behind with his grandparents. His grandfather was a 50 year old farmer and his grandmother was a 52 year old housewife.

The family owned a small rice farm. The rice which they cultivated was for their own use. Between harvesting seasons, his grandfather day labored in the building industry for extra money.

After the scholarship Pop improved his grade substantially. Pop used it to pay for his school uniform, his food during school hours and any school materials he needed.

Pop graduated from high school in 2014 and started his Management Study at Rajamangala University of Technology Isan in Surin province. He was extremely happy at the university. He made a lot of new friends. Pop stayed at a dormitory provided by the university and worked very hard to get good grades. He wanted to graduate and become a manager in a local company.

In 2015, Pop was in his second year at university; his strongest subject was Modern Trade Business Principle and his weakest was Accounting.

In 2016, after his graduation, Pop received an offer from a large company in Surin. The company sold bottled drinking water and Pop was responsible for the stock management. Yet, he was convinced that he could do better and continued to look around for other opportunities.

Pop is currently working as a stock manager at Surin (Public) Hospital Shop. He receives an average base salary plus benefits from the hospital. He is very happy with his job. He supports his family. 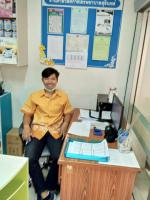 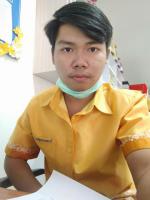