Bane was 18 years old and studied Mechanics at Sangkha Industrial and Community Education College when Fund Isaan granted him a scholarship. He was a good student with a grade of 81%.

Bane wanted to get a Bachelor’s degree in Engineering, but his financial situation at home did not even allow him to follow his high certificate.

Bane lived with his family of four; his parents, a younger sister and himself. His parents worked as carpenters in a factory. His younger sister was studying in her first year of primary school.

Bane liked to work with modern machinery that was why he studied Mechanics, so he could work in an industrial factory, producing interesting products.

Thanks to a Fund Isaan scholarship, Bane continued his studies to obtain a higher vocational certificate in Mechanics. He didn't enjoy languages but loved studying and working with AutoCAD and other design programs.

Bane also worked during his semester break to make some extra money.

In 2013, Bane performed his long term internship at Sima Loha company. He had to design and make molds. He learned a lot about how to use high tech machines. He also used the laptop he got from Fund Isaan to finish his homework and internship reports.

To make more money, his parents moved to Bangkok in the same year. This was also when Bane told us that he was thinking about studying further at the “King Mongkut's University of Technology” to become an engineer.

Bane successfully graduated with a high certificate in Mechanics at Sangkha Industrial and Community Education College in March 2014, with a grade of 88%.

As planned Bane continued his studies for two more years at King Mongkut's University of Technology North Bangkok. He graduated as an engineer in 2016 and has been working for one year, as an Engineer at Saeng Thaep Company Ltd., located in Samut Prakan province. His current salary is above the average (21,500 THB per month) and he is still single.

Bane decided not to request for a scholarship from us, for his engineering degree because his parents started to make more money while working in Bangkok and he wanted to give the opportunity to other children who needed more helps than he did.

However, he and his family never forget about Fund Isaan and his sponsor, 3AMB, who helped him when things didn’t look so bright. Bane is taking care of his family now. His parents returned home. Bane promises to support his younger sister’s education as well. 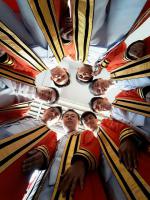 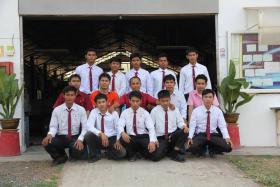