When Fund Isaan granted her a scholarship Pu was 18 years old and studied Computer Business at Sangkha Industrial and Community Education College.

She lived with her family of four at Baan Ta Mome Patthana village located in Sakaad sub district, Sangkha, Surin. Her father owned and worked on a small farm growing rice.  He was also hired as a mechanic at the local temple to made some extra money. Pu’s mother had died. She had been paralyzed from the waist down for eight years until her death in 2011. Pu was only 15 years old.

Pu had a younger brother who was studying in year one of high school.

After the death of her mother, things were very difficult for Pu and her family. Her father lost his job at the temple and Pu would like to continue her study to obtain a high certificate in Computer Business.

She dreamed of becoming a computer teacher, a business woman or even a lawyer. These were good jobs with steady incomes. She would never been able to achieve any of her dreams without some support, therfore the scholarship came at the right moment.

Pu performed her internship at Apico Company located in the Chonburi province. It was a great experience, she learned a lot more about computer business and management.

Pu used her laptop from Fund Isaan to work on her papers and assignments. It helped her tremendously during her studies. Eventually in 2014, she obtained her high certificate with a grade of 91%.

After her graduation, Pu tried to find a job in computer business. Unfortunately, it took her some time. To improve her changes in the employment market Pu decided to take six months of additional classes and obtain an additional degree as nursing assistant.

Pu now works as a caregiver/nursing assistant at the Wiparam hospital in Chonburi province. Her salary is above the average and she is very happy with her choice. The scholarship motivated her and showed her that she was a high potential. Without it she would have most probably stopped school after secondary school. Pu is supporting her father.

Pu’s younger brother never finishes high school and is on the wrong track. He doesn’t work and hangs out with the wrong sort of friends.

Pu has a good job and good life. As a matter effect she got married on December 28, 2017, her husband is from Buached but works in the same province with her.

Pu would like to thank you 3AMB, her sponsor, and Fund Isaan for giving her the opportunity to continue her study, helping her financially and most important for encouraging her to realize her own potential. 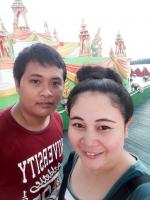 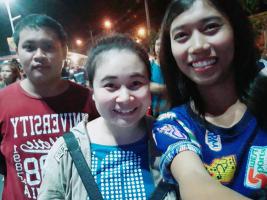 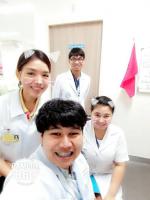 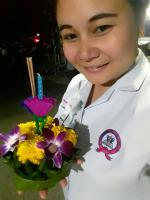 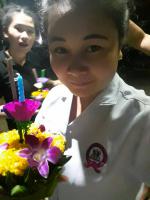