Fund Isaan recently visited Boy at his house in Baan Sai Khao village located in Sakaad sub district, Sangka, Surin. At the local temple we were shown the angel statute Boy had donated to the temple, to express his gratitude for how his life has evolved.

We granted Boy a scholarship in 2014 when he was 18 years old. He had just finished his high school at Sangkha Industrial and Community Education College and would like to continue another two years to obtain his high certificate in Machinery.

Boy wanted a good education and a good job. His parents had divorced several years before and he lost all contact with his father. Boy had no siblings so he lived alone with his mother in a small wooden house.

Boy’s mother was sick. She had severe epilepsy or seizure disorder and could only do light work. Boy did everything he could to support and take care of his mother. He worked at the local Seven Eleven in the weekends, as a construction worker during his semester break and on the rice farm after school. Boy was very worried about his mother and at the same time very eager to study.

During the little time he had left, Boy volunteered at the local temple. He helped cleaning and sweeping the temple. The scholarship from Fund Isaan, not only allowed Boy to go for his high certificate, it also reduced his mother’s psychological stress because of that her health slowly improved.

Eventually in 2016, Boy successfully graduated and received his degree in Machinery with a grade of 94%. He started working at the T&T Company where he performed his internship as a designer.

Meanwhile Boy quit T&T and is now working as an engineer at Daikin Compressor Industries Ltd, in Chonburi province. The company is an important manufacturer of compressors for residential and commercial air-conditioners. Boy receives an average income but he is very happy because his company provides additional benefits for its employees.

His mother is very proud of him and his current job. Not everyone passes the test to work at this company. Boy has a very good and secure job as he always dreamed of. This is because of the scholarship Fund Isaan could give him thanks to the support of 3AMB, Boys’ sponsor.

No amount of words could ever describe the appreciation he and his mother have for his sponsor. 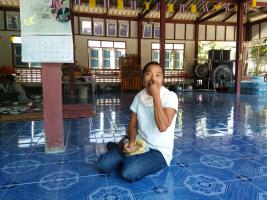 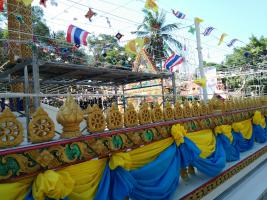 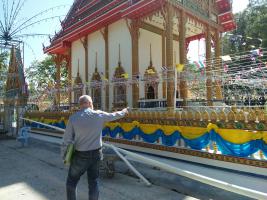 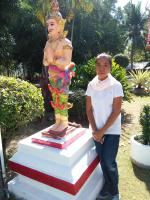