His father was a rice farmer who owned only 4 rai of rice fields. This was barely enough to foresee in their own needs. They didn’t have animals. Bird’s mother worked as a traditional Thai masseur in a local hospital and got paid 8,000 Baht per month. In between seasons his father worked as a day laborer for 300 baht per day.

Bird’s older sister studied languages at university in Ratchaburi province. She worked after school to pay for her own education. Bird’s older brother studied law at the university in Bangkok. He also worked as a motorcycle-taxi driver to pay for his own education. Bird himself was told to stop his education at high school because his parents could not effort having another child studying.

However, with our support, Bird was able to start his higher education at Surindra Rajabhat University, specialized in Music. He wanted  to become a music teacher.

Bird’s career at the university did proof to be a difficult journey. Despite the support he got from Fund Isaan he could not make ends meet. Because of the difficult financial situation, he started working fulltime in the food section at Prasat Public Hospital.

However Bird did not stop his study completely, he joined a special class on the weekends, he studied Public Health which would take him only four years to complete with a Bachelor’s degree. Bird planned to continue his career in the hospital. Not much later he was informed by his girlfriend that she was pregnant. Bird had to stop his weekend classes to take care of his baby and girlfriend. Sadly they lost their baby three months after birth.

It took them months to recover from this tragedy but eventually they had to go on with their life. Bird married his girlfriend and enrolled in evening classes at Surin Polytechnic College. He graduated with a high certificate in Accounting. With this certificate, he became a Suppliers Officer at Prasat Public Hospital.

Despite some very difficult years Bird feels his life is back on track. His parents are still working in the farm. His older brother is now a lawyer and his older sister is a certified teacher. Bird makes about 9,000 baht per month at the hospital; he also works at a small clinic in Prasat during weekends and gets about 7,000 baht per month. His wife works at the same hospital as a patient assistant. Together they can effort a comfortable lifestyle.

Bird stated that he was very grateful for the support he received from Fund Isaan in the past. Bird wants to study more to increase his career opportunities at the hospital with a bachelor degree. So, this September he will join Sukhothai Thammathirat Open University to complete his dream.

Although things didn’t work out as planned we are extremely proud of Bird. Despite all the hardship he did not give up. We are sure he and his lovely wife will do well in the years to come. 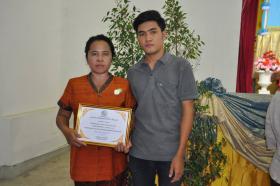 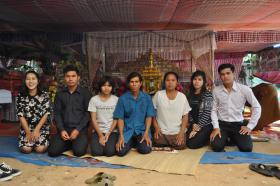 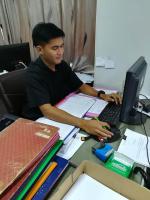 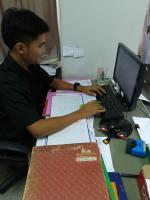 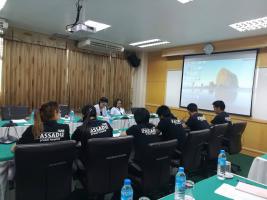 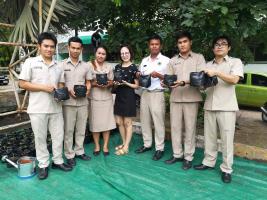