“I would like to become a chief technician.” Bank said to Fund Isaan when we granted him a scholarship in 2012.

Bank was studying in his sixth year of Mechanic at Sangkha Industrial and Community Education College. Bank was granted a scholarship to continue another two years of Mechanic, so he could obtain his high certificate. His situation at home was very difficult. Bank lived in a small house with his parents and younger brother. His father was a construction worker, his mother sew clothes for living, they had no land so they could not grow their own food. Together, they made just enough to survive. His younger brother was also studying Mechanic at the same school. Without the scholarship Bank would have to stop school and start working.

As a teenager, Bank loved to make small machines and they became his hobby. He invented many small tools, which he used to present at school in front of all his classmates. Sometimes his “inventions” were taken to school competitions. He won several prices.

Bank is currently employed as a chief technician at Panasonic, a large and well-known electronic manufacturer. His company is located in Samut Prakan province just outside Bangkok. He is responsible for a team of six people and makes an above average salary.

Bank is now engaged with a girl who works in the same company. They plan to marry in the near future. He also supports his younger brother and his mother. His younger brother is now performing his duty in the army. Bank’s father left his family, immediately after Bank graduated, to become a monk.

Banks’ family is very important to him. His parents worked hard to support him and his brother. Thanks to his high vocational certificate and his current employment, Bank can now support and take good care of them.

Bank would like to thank you 3AMB, his sponsor, for giving him this opportunity. You can not imagine what an impact this has had on his life and the lives of his nearest and dearest. He will never forget about what you have done. 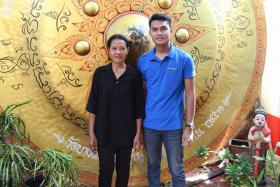 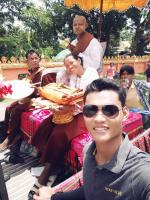 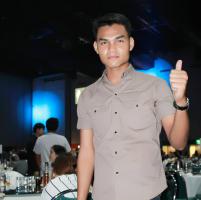 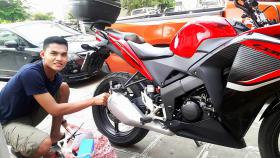 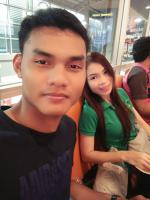 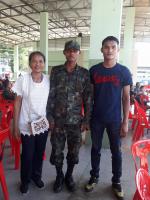