Wee is the short version of “Taweesak”. Fund Isaan granted Wee a scholarship in 2017. He was 18 years old and studying Electrical Power in his first year of high certificate at Sangkha Industrial and Community Education College.

Wee’s parents are farmers. They grow rice and make about 4,000 THB (approx. 110 Euro) per month. His father sometimes does handy-man jobs for some extra money (300 THB/day). His mother used to work as a maid in Bangkok. Wee has one older brother who works in a factory in Chonburi province.

The scholarship made a major difference. His mother resigned and returned home to take care of her family. With the scholarship Wee could pay for his tuition fees, uniform, school materials and projects and petrol for his motorbike. He studied better resulting in good grades.

In 2019, Wee graduated with a high certificate in Electrical Power from Sangkha Industrial and Community Education College. Like all Buddhist boys he became a monk for a month to pay respect to his parents.

Wee is now working as a technician at Canadian Solar Manufacturing (Thailand) Co., Ltd. in Chonburi province. He is extremely happy with his job; the company he works for is one of the world's largest solar power companies. He gets paid well and is supporting his family.

“My education would not have been possible without your generous donation. Thank you for enabling me to reach my fullest personal and professional potential. Thank you Mr. and Mrs. Raicher for everything.” 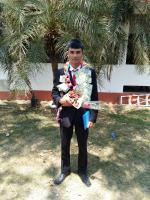 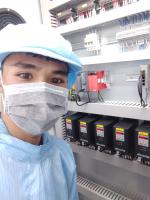 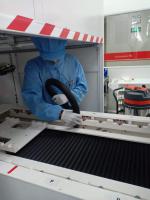 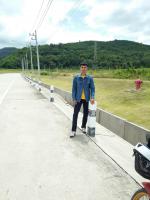