After the success at Ban Thanong School many other schools applied for a computer class. Based on our previous experience we decided to only work with schools that offer secundary education (level 7 to level 12)

To make sure we only work with those schools that are completely committed to take best use of the equipment offered we work with a memorandum of understanding. In this agreement the schools commit to put the classroom at the disposal of their former students, other schools and adults and to organize adult education. In our selection of schools we not only look at the level of the IT teacher, we also look at the distance between schools to assure that we cover an as big as possible area within the same region.

Based on these criteria Tabaowittaya School, a secundary school situated in the village of Tabao, in the province of Surin, was selected. The school offers high school education to about 600 students. It has two IT teachers. They are both fully committed to provide IT lessons to their students but they did not possess of the necessary equipment until Fund Isaan offered them a helping hand.

During the installation we were confronted with many issues. The satellite that had to assure the internet connection broke down because of a power failure. Because of the extreme high temperatures in the computer class the power supplies of our computers were overheated and broke as well. One evening we had to drive over 500 km to search for new power supplies. To avoid similar issues after we had left the school we installed extra ventilation and a device to avoid peaks and depths in the electricity supply.

Thanks to the commitment and support from the school director and his team we could finish the installment successfully and within the foreseen timeframe.

Tabao School has meanwhile concluded an agreement with three other schools, Ban Sawai School, Ban Tatiew School and Ban Takror School, to put their equipment at the disposal of these schools.

That our equipment is well used is also proven by the attached Christmas Card we received in December 2008 from Tabao School.

In July 2009 our maintenance team visited the school. The measures we had taken to avoid an overheating of our computers have proven to be useful. Only one computer had broken down. Since we expected this problem we had sufficient spare parts with us to solve the problem in a few minutes. A look at the computers directories demonstrated clearly their intensive use. This can only be to the benefit of the children of Tabao School. 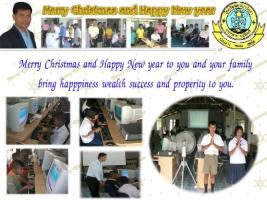 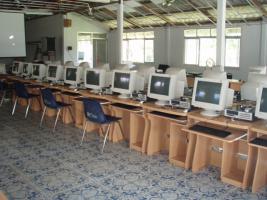 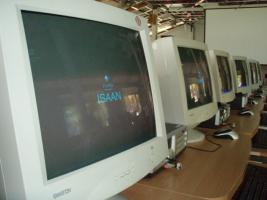 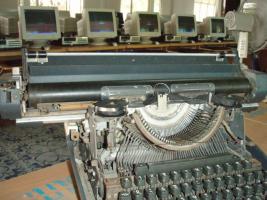 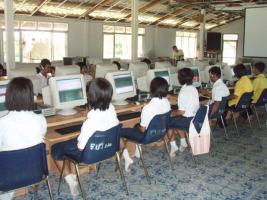 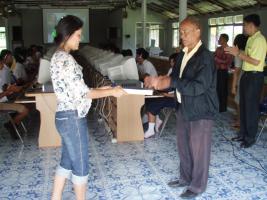 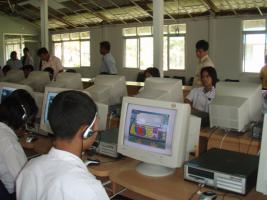 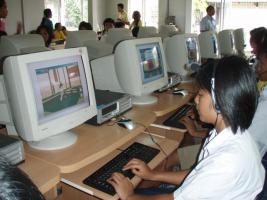