The Challenge: three schools in one week !

After a successfull installation of one computer class in 2007 in Ban Thanong School and two computer classes in Tabao Wittaya and Cheu Pleun school in 2008, we wanted to lift the bar a little higher in 2009, by installing three computer classes this year. Not only because we want to proof we can do better each year but even more because of the many requests we got from other schools.

Together with our local contacts we selected three secondary schools in Isaan (Province Surin) namely:

Three schools comparable in size (around 600 students per school).

The whole exercise started however months before this. Already in March we discussed our hard- and software needs with our provider “Close The Gap”. This was our shopping list: 63 identical desktops with LCD screens, three multifunctional printer units and the necessary routers, switches and software.

The devices were made available to us in April. Contrary to other years we installed the software on the desktops in Belgium before shipping them to Thailand. What takes half a day in Belgium would take a week in Thailand (because of the slow internet connections which make software updates take forever). As a result everything was ready to be shipped to Thailand end of April. But due to some misunderstandings with the forwarders the whole shipment arrived in Thailand only in the first weeks of July. Getting them through customs in Bangkok and bringing the goods to Surin took another week. As a result, and despite the fact that we started the preparations three months before our departure, the goods only arrived at the school one week before our team did.

As always we were confronted with some unpleasant surprises: broken satellites for the internet connection, electricity supply not sufficient for our needs, rooms without ventilation causing our computers and routers to break down etc. But we did it.

Three state of the art computer classes were handed over to the respective schools. Based on our written agreement with the schools we will keep these computer classes in good shape for at least three years. A special thanks goes to Klaas Vandeweerdt our IT specialist who mad it all happen.

Have a look at below pictures! 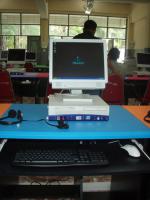 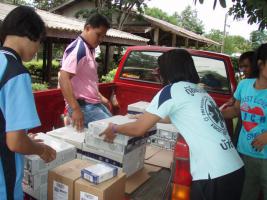 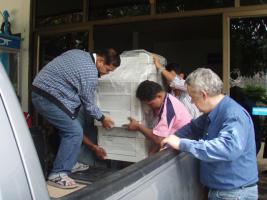 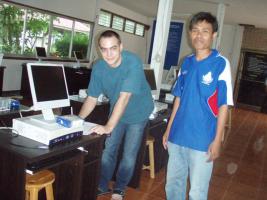 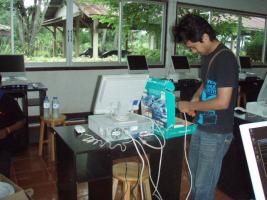 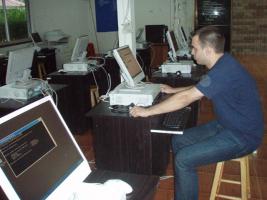 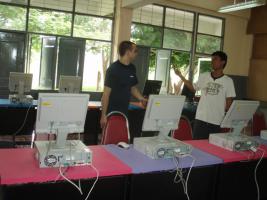 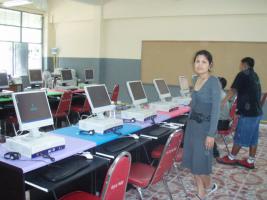 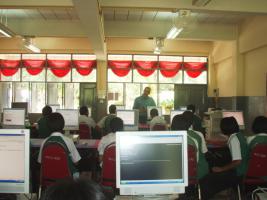 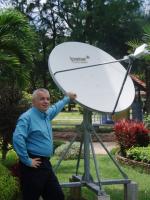 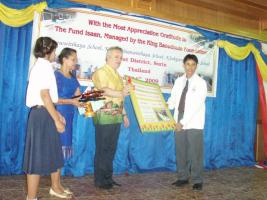 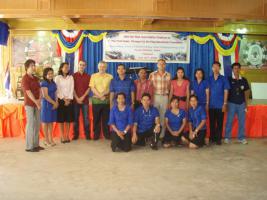