August 2015. A team of volunteers lands in Bangkok. Their task: install five computer classes at primary and secondary schools in the provinces of Roi-Et, Buriram and Surin, and repair & update all classes installed in the last three years. Timeframe: two weeks. Impossible? Not for this team: Klaas Vandeweerdt from Deloitte and Jelle Slowack and Yvan Piens from Delaware Consulting.

In the week before their arrival Rony Wuytjens had arranged for the computers and printers to be delivered to the schools and assured that the infrastructure - tables, electricity and ventilation - were in place. This would give the team a head start and avoid unpleasant surprises during the actual installation.

In one day our team installs two completely equipped classes (15 computers, printer, network and software) in Bansarai School and Thunluang Phupphachai School. The next day the team formally hands over the classes to both schools in a small ceremony in the presence of the vice director of the local office of education. An hour later the team is on its way to their next stop: Khan Dong Watrajsamagkee School in the province of Buriram.

That evening they have dinner with the director and teachers of Khan Dong Watrajsamagkee. Early the next morning the installation team arrives at the school. By lunch and despite “a close encounter” by Jelle with one of the local insects which forced him to pay a visit to the local hospital, the team finishes the installation of the computer class before lunch. After lunch they hand over the class to the school in the presence of the town mayor, after having explained the setup and functionalities to the local IT teacher and his colleagues. Later that day the team moves to Prasat in the province Surin which will be their base for the remainder of their stay.

The team gets no rest, the next morning they go to Ban Sala School. The same scenario repeats itself. With one exception, what was supposed to be an easy install, proved to be very challenging due to a weirdly configured network. But no challenge is too big for these guys. After some trial and error they successfully connect the new class to the internet. Meanwhile the local community has gathered to see the new class and despite the delays they all wait patiently to thank the team for their efforts.

The next day the team focuses on examining the existing stock of spare parts in preparation of our next task: repairs of all classes installed in the last three years. This work goes on during the weekend.

In the coming week 11 schools will be visited by the team. High temperatures and dust are the biggest enemies of our classes. Computers and screens are repaired or replaced, network cables are checked and routers and switches replaced. It always proofs to be a bigger challenge to do repairs than to install new classes. First you need to find the cause of the issue; subsequently you need to remediate it.

With quite some portables still in stock and some time left the team decides to deliver its first portable class to Ban Phonduan School. The director of this school had been in touch with our fund for a while but seen earlier commitment and the many replacements needed in existing schools it looked like we were not going to be able to support his school. By providing him with a portable class from our stock, we could finally help his school. We will evaluate in the next year how this pilot program worked out and potentially apply it to other schools. 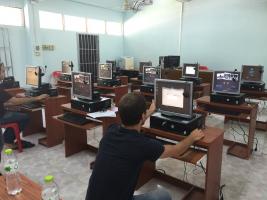 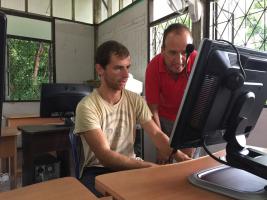 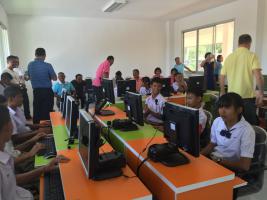 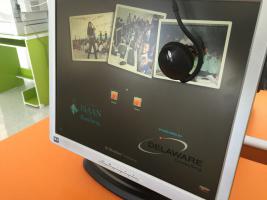 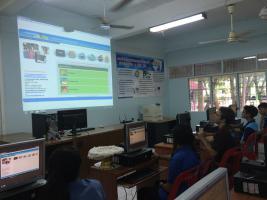 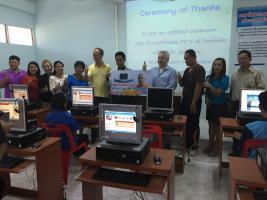 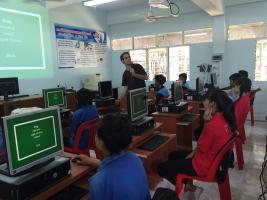 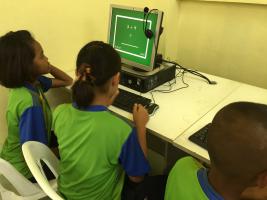 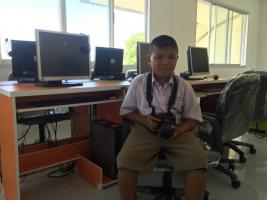 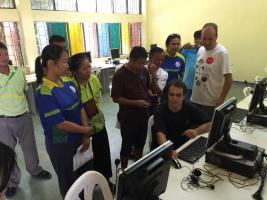 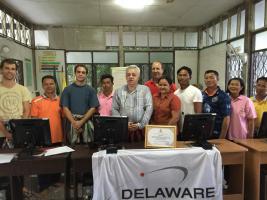 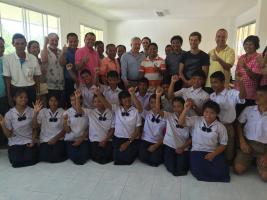 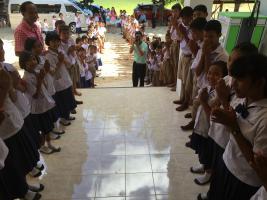