July 2016. Another year has come, another team of volunteers arrives in Thailand. Once again their mission is clear: install 4 computer classes in the Surin province and repair all other active computer classes within a two week timeframe. A daunting task, but Fund Isaan is prepared and has sent the largest team yet to perform the task: Klaas Vandeweerdt from Deloitte and Ruben Schelstraete, Mattias Blondeel and Gino Wuytjens from Delaware Consulting.

This year, there was no time for preparations by Fund Isaan before the larger team arrived. The computers were sent to the Fund Isaan office, but we still had to make sure the schools had prepared the classrooms.

In a show of force, we performed our most efficient installations yet on our first day in Thailand. We installed 3 fully functional computer classes at Chumbeng, Luntae and Kalangwek School in just under a day's work. This was possible because the schools had prepared the classes well and the distances between the schools were relatively small. Of course we had prepared our computers, printers and other materials as efficiently as possible as well, dividing all the required materials per school.

As Kogbu School was a large distance from the other schools, we had to install the computers here on another day. The installation went smooth and we immediately followed up with the handover ceremony. It was perfect: hard work followed by happy students and teachers alike.

In the remaining days of our stay, our team repaired 13 computer classes. As always, it's the hot and humid climate combined with the dust that causes the most amount of damage. We replaced computer parts, but also whole computers. We replaced screens, but also mice and keyboards. Anything you can image will break in these extreme conditions. But that's what we like to see, because that means the school makes good use of our materials.

In the end, we spent 7 working days repairing existing computer classes. Repairs always take longer than the installation of new computers, because we have to find the problem before we can perform the repair. It might seem easy at first, but we can guarantee that there are always one or two tricky problems for us in every classroom. 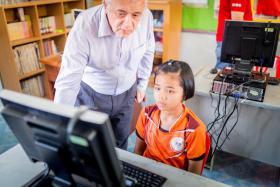 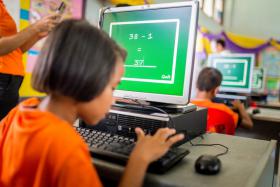 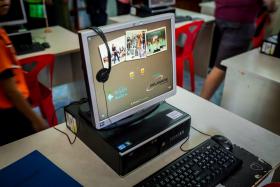 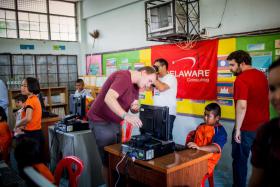 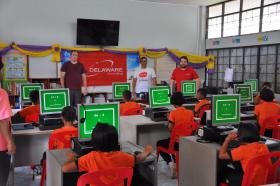 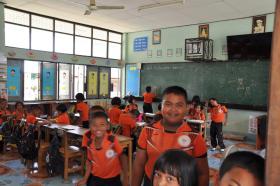 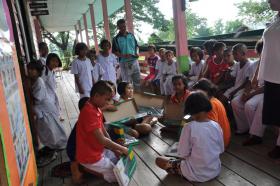 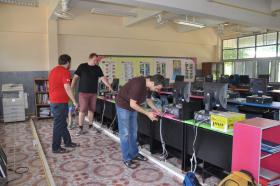 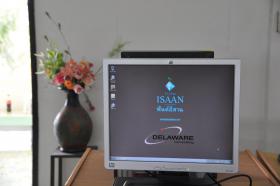 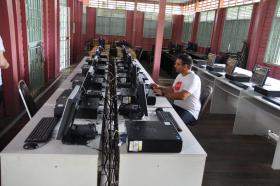 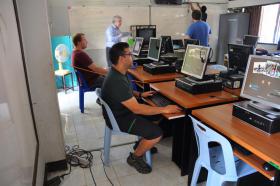 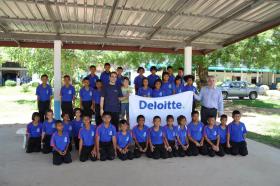 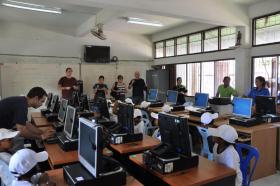 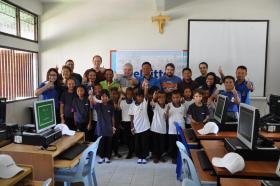