Based on a World Health Organisation report, Thailand has the second highest number of teenage births among Asean countries (Bankok Post, March 8, 2013). Teen pregnancy has always been a problem in Thailand. More and more teens are becoming pregnant every day. Most of them can’t afford the expenses of birth control. Others do not know how to prevent a pregnancy.

Below is the true story of one of our scholarship students.

Imagine you live in a small shed about 8 square meters big, with no running water nor electricity. You wash your clothes with, take a bath in and drink rain water. You father died when you were only two years old. Your stepfather left the family shortly after the birth of your half-sister. Your mother is almost never home because she needs to work double shifts to make ends meet. You spend most of your time taking care of your half-sister. Studying after sunset is almost impossible unless you burn candles, but even candles cost money. If it wasn’t because of the support of Fund Isaan you would already have quit school.

You never go out; you rarely have somene to talk to. Not surprisingly your self-esteem is low; after all the animals at the neighbours live in better circumstances than you do. Your only friend is your cheap smartphone (if it does not run out of batteries, because at home you cannot recharge).

One day, a handsome young man reaches out to you on Facebook. You accept his friendship invite. For the first time in your life someone tells you: “you are beautiful”. For the first time in your life you feel happy. You live on a cloud. As days go by your on-line conversations become more intense. Could it be possible? Is this love? You do not know but want to believe it desperately.

After several weeks your handsome knight on a white horse suggests to meet in person. Should you, should you not? You are sixteen, he is twenty-two. He is giving you such a warm feeling. You never felt like this before, so you agree.

Your heart is beating rapidly in your chest when you travel to his hometown. You didn’t tell anyone you were going to meet him. Unexperienced and unprepared you arrive at his parents place. He is as kind and even more handsome as you had dreamed. He keeps telling you he is head over heels in love with you, he pictures you a future with no financial worries and everything you ever dreamed of. He wants to be closer to you, as he goes further you don’t really know what to do? Could this be wrong? No, after all, he was the nicest person you had ever met. You go along…

Over the next weeks you stay in touch with him via Facebook. But then, six weeks later you do not get your menstrual periods. First you tell nobody anything. You are stressed, you don’t know where to go, what to do,… As weeks go by the truth can no longer be denied, you are pregnant. But why worry; after all, he loves you, he will support you…

You pull yourself together and agree with him for a new visit. Just when you think it cannot get any worse,… it does. When you tell him what is going on, he turns into another man.

He tells you never to reach out to him again and denies ever having touched you. You never felt worse.

After several weeks you can no longer hide your pregnancy, so you tell your mother. What a relief, she supports you and tells you she will help you through this difficult period. At school the response is less supportive: “There is no room for pregnant girls at school, you have to leave immediately”.

This was what our student went through in the past twelve months. In spring she gave birth to a healthy young boy. Throughout this entire period we have been in touch with her. Meanwhile her boy is doing well and even better she is preparing to go back to school, adult education.

Thai teen mothers who drop out of school perpetuate the cycle of poverty, which is financially damaging to the family and restricting Thailand’s economic growth (Termpittayapaisith & Peek, 2013). These financial consequences put the baby in a position to grow up in an environment much like that of their mothers, where there is a higher probability of getting pregnant as a teenager, and beginning the cycle of poverty all over again (UNICEF, 2008; Bissell, 2000). 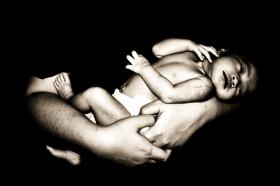